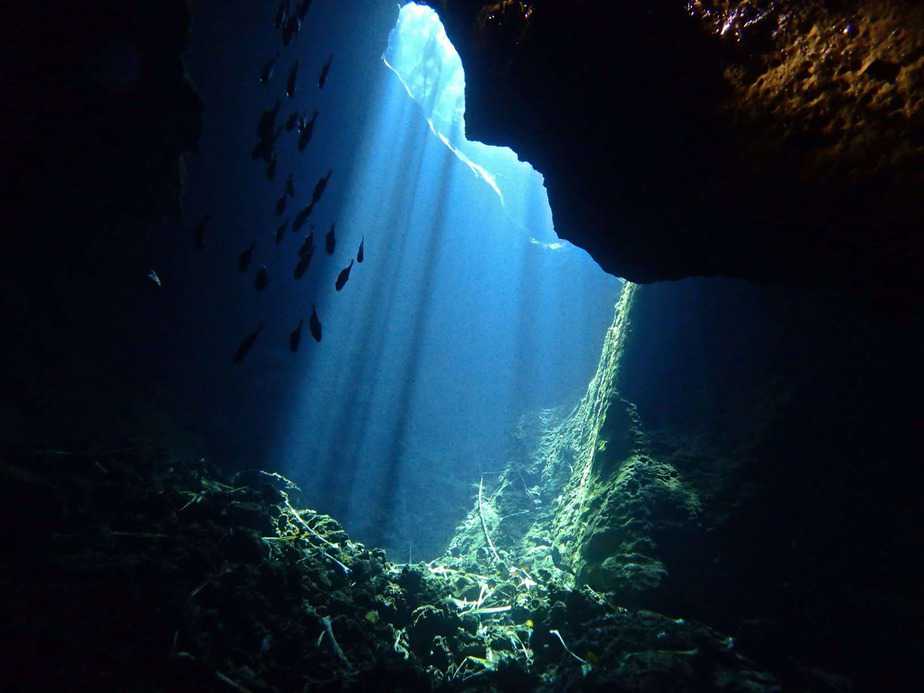 Exploring and adventure take many forms. Trekking through remote wilderness, summiting mountains where few have gone, kayaking down unknown stretches of river, or diving uncharted locations to see what you may find. When I got the invitation to join a group of good friends going on such a dive trip in south Sulawesi, I jumped at the chance. Indonesia has some of the healthiest coral reef systems in the world, and those are the ones we know about ? I couldn?t imagine what was in store for us going to an island where almost no divers have ever been.

We began the adventure based in Bau Bau, on Buton Island, which many of my Indonesian friends had not heard of before. We were impressed when day 1 began on a beautiful reef wall and into a multi-chamber cave abundant with large lobsters. This was followed by a wreck dive with loads of macro, pipefish, and tiny jellies. The night dive at a jetty produced pleurobranchs moving about, robust ghost pipefish, and starry night octopus among the other strange species found around jetties at night. I remember thinking ?Wow, if this is how we begin on the first day, I can?t wait for tomorrow!?.

The next two days did not disappoint! First, a 90-minute drive to Pasarwajo led us to a warung that would be our base for 3 dives that included mostly sandy bottoms where we could find lots of the small and camouflaged creatures we love as photographers, mixed with a large school of very big jellyfish and the occasional Great Barracuda. This was followed by another night dive, this time to see the mandarin fish as they came out of hiding at dusk looking for a mate. The next day we had a 2 hour boat trip to Siompu Island where an undersea ridge was teeming with Blacktip Reef Sharks, many species of nudibranchs we had never seen, and even a few Eagle Rays. In addition to the diving, we had our surface interval on a small, uninhabited beach, and after lunch climbed to the top of the cliffs where we had amazing vistas of the sea and surrounding islands.

After this incredible start, we were ready to embark on the adventure we had all come for ? a 6-hour boat trip to a remote island that held only 3 small, local villages on land, fishermen in their small canoes on the water, and unseen reefs and life under the sea. Excitement was growing to explore the unknown! A pre-dawn start meant setting up hammocks or mats on the boat and getting some much needed sleep to start the trip. When the sun came up, we were too intrigued by what lied ahead to sleep any longer. A brief stop in the open sea halfway through the trip gave us our first taste of what to expect ? a swim in the clearest water most of us had ever seen!

Arriving at our destination, the first thing we did was check our gear and choose the first dive site, one which our guide had seen a few weeks before on a recon trip. What we found left us speechless! Steep sloping reefs with massive old coral growth, huge schools of fusiliers, surgeons, and sweetlips along with several huge Napoleon Wrasse, and when we passed around a corner we found a wall with no bottom in sight?and the visibility was at least 50m. Minds were officially blown! Next dive was back on that wall to explore further, finding ledges and deep overhangs, sponges much larger than a person, and eagle rays passing in the blue. I now had a new favorite dive site!

What I didn?t know was that I would have a new favorite dive site every day. Practically all of the sites we explored were drop-offs to the biggest walls I have experienced, with the healthiest and largest corals I have seen. What changed however was the topography ? some were relatively straight across and straight down into the blue, some had multiple layers of ledges and overhangs, and some were winding with deep recesses that captivated us as we looked for what lived inside. And the water clarity and visibility gave us good looks at the Bumpheads or Giant Trevally when they approached.

The second morning began with an interesting twist when our boat wouldn?t start. As it became apparent that it would take more than a day to fix the problem, our leader negotiated with a local boat captain to take us out for the day?s diving. We didn?t need a proper dive boat, we just needed transport to places we wanted to jump in! Improvisation is key to any adventure.

Meanwhile, the adventure was not only limited to exploring underwater. On land, our guide had arranged a home where most of us could sleep while the rest of the group slept on the boat. A large crowd of locals gathered on the jetty to look at the foreigners stepping onto their island; most were children, and the greeting mostly involved staring until someone was brave enough to say ?Hello Mister? (even to the ladies). And they all followed us to the house, where the staring continued until they were shocked by the flash from my camera, then awed when I showed them the photo.

Sleeping arrangements were thick mats on the floor or the hammocks we brought. The ladies of the house also prepared basic local meals of fish and rice?the catch was, we had to bring all the food. The island has no electricity for cooling and preserving food, and being rock and sand, there are no vegetables grown. The locals survive on chicken and fish they are able to catch, and a yearly supply of rice and dried cassava that is restocked when their husbands return from their annual 8-10 months of working in mainland Sulawesi or beyond. There is no market on the island to buy food ? the villagers fend for themselves and their families individually.

On our final day, we moved about 45 minutes offshore where a local fisherman had shown our guide a pinnacle. This so-called pinnacle turned out to be more of a massive sea mount, as we made 3 dives on it and couldn?t come close to seeing it all! The topography was more sloping reef, and more a more conducive environment for sharks, resulting in whitetips, one large Grey Reef, and (although only one of the group saw it) even a Tiger Shark on the final dive! No one was quite ready to leave, but we were out of food and needed showers and a full night?s sleep. The sights continued during the return trip a large pod of dolphins played just beyond the bow of the boat, and we witnessed a stunning red-orange sunset before darkness fell over the water.

We were 8 divers from 7 different countries, all friends who came together to explore the unknown. After spending a week with good friends on a small boat, seeing reefs no one has ever seen, more turtles than one could count, various macro even the most experienced of us didn?t recognize and visibility that is difficult to imagine, we all agreed we will be exploring again in the not too distant future.