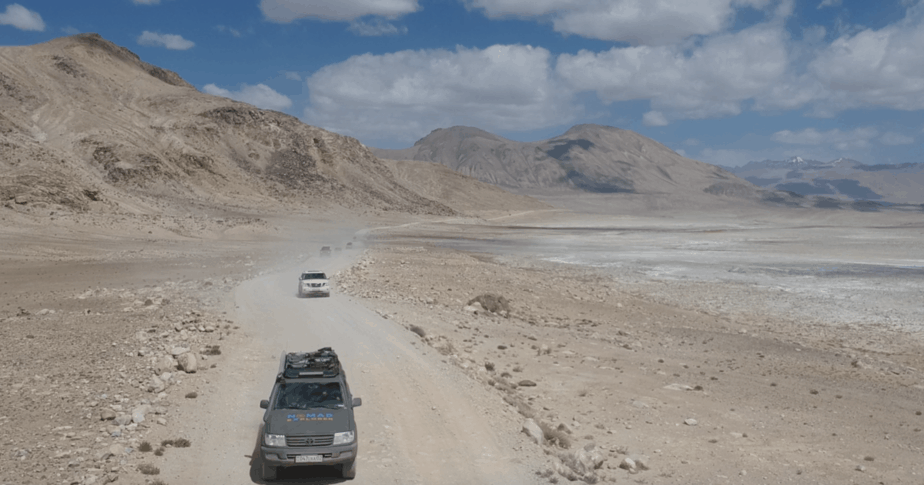 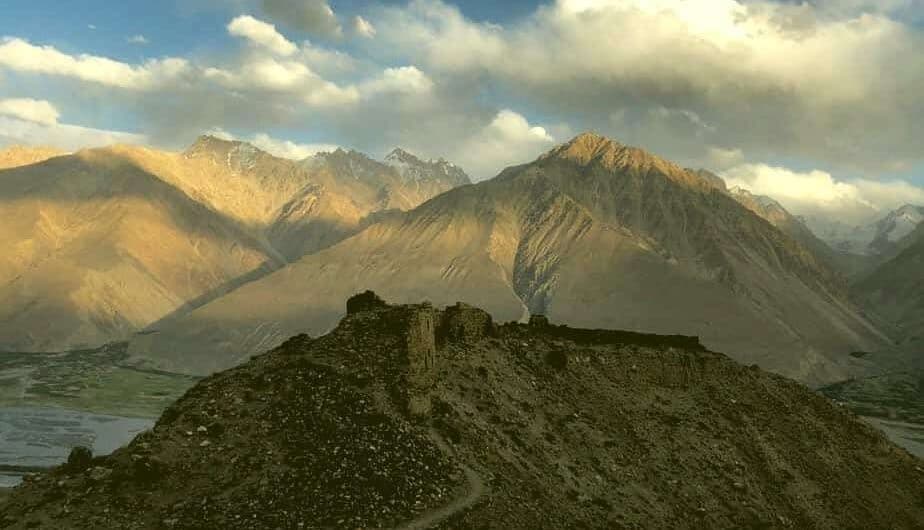 ?A road less travelled? A statement often overused, but in this case under-describes the road between Langhar and Murghab, Tajikistan.? Also known as the Afghan corridor or Wahkhan Valley corridor, the lonely stretch of road was once travelled by large caravans from Europe and Persia that wanted to reach the Far East,to buy and sell their goods. I guess this stretch of road is most commonly known as part of the the Silk Road.

A journey to the mountainous Lenin Peak (7134m) brought us to Kyrgyzstan and the lure of adventure on this lonely highway brought us to Tajikistan. The Pamir Highway is officially considered from the city of Dushanbe, in Tajikistan to the city of Osh, Kyrgyzstan.? Most of this road has small villages and towns along the way, but the section from Langhar and Murghab, is extremely desolate with the exception of a few ranchers during the summer season.? I found myself spending 3 days exploring just this piece of the highway.

With a 4×4 vehicle, plenty of food, water, and camping gear, we set out to take a step back in time and see what the travelers of the caravans saw, some 500 years ago. I was warned that if I had car trouble, do not expect to see another car for two or three days at least. It wasn?t quite that desolate, we did see at least one car of locals each day. But the conditions of the road did give us our share of challenges.

The road itself goes thru several high-mountain passes and we were camping at around 4300 meters each night. Having just finished our Lenin Peak attempt, we felt acclimatized for our day walks we took, but the surprise was the temperature in the evenings.? Dropping down to well below 0 degrees Celsius at night, we chose to sleep in the back of the SUV.? The sleeping bags were more than warm enough and the early morning Sun gave a pleasant warm up before climbing out of the car.

Each day, it felt as if we were visiting different worlds.? First the beautiful greenery of Earth, then the barren landscape of the Moon, and moving on to the red sand mountains that resembled Mars. It was truly remarkable.

The high mountain lakes with it?s glacier water and mineral deposits reflected a blue so deep, that it couldn?t be captured in photos. The reflections of the mountains in the water was as clear as highest quality mirror that money could buy.? Each remarkable landscape that we passed, we tried to photo but the photo just didn?t capture the beautiful realities of the surrounding.

The Fortresses of the different khans during the period still stood in it?s weakened form.? But one could imagine life in these mountains behind these walls.? The petroglyphs inscribed on the rock, tell of stories of Marco Polo Sheep and the Ibex that populate the area.

Though we spent only 3 days in this section, it truly felt like time travel, stepping back to another time. ?This is a time travelers dream.? Interested in experiencing the Pamir Highway? Contact us at info@wildfirexpeditions.com and we can make it happen. The road less travelled is waiting for you…

Patrick
have been doing outdoor activities solo since my early adulthood. Usually when I get involved in a hobby or sport, I don?t let go until I achieve a high level and understanding of the sport. I got my scuba instructors in 2001. In 2006 I took up Kite surfing and am one level away from instructor on kite surfing. I have been doing trips into the wild, the off the beaten path trips for most of my life. I learned to repel and climb at a young age and have always enjoyed camping and backpacking. Over the 6+ years, I have gotten really involved in alpine style mountaineering. With certifications in mountaineering, and instructor certifications in lead climbing, and repelling (abseiling), I enjoy sharing or knowledge and teaching to those who have a passion for outdoors. Now I am working on completing the outdoor wilderness leadership program. People have always heard of my trips, and spoke with envy that they wanted to try such things but didn?t know how. This has inspired me to move to open this company. The Wildfire Expedition Company or ?Wildfire Expeditions?
Previous postWeekend Fun! – Intro to Outdoor Rock Climbing and Abseiling
Next postA Journey Through Taiwan’s Central Mountain Range
Site by: High Spec Solutions Theme: Adventure Tours
© Adventure Tours 2015 All Rights Reserved Site Map Disclaimer
Wildfire Expeditions Pte Ltd, UEN: 201617909G